SALT LAKE CITY, Utah – The University of Utah football team won their third straight game as they knocked off the USC Trojans, 41-28.

Former Bingham Miner and current USC defensive tackle Jay Tufele ran in a fumble recovery 48 yards for a touchdown, giving the Trojans the early advantage. Fans were ready to give up on the Utes when they gave up the two scores.

I apologize for my first quarter melt down. Please forgive me #goutes #lighttheu #USCvsUTAH

Good things happen when you blitz. Happy for Tufele on the scoop and score. Dude’s an absolute beast. #USCvsUTAH

Man I genuinely hate these “welp” fans that give up after 10 mins.#USCvsUTAH

…. so too late for Tuttle to come back then? #USCvsUTAH #GoUtes

Utah Turns On The Offense

Following the 14-0 hole that Utah was in, they scored 34 unanswered led by quarterback Tyler Huntley, who accounted for all of the touchdowns. He threw three touchdowns through the air and added another score on the ground.

Huntley finished with a career-tying 371 yards passing and four touchdowns.

Utah fans and media were impressed with the run that the Utes went on.

They held USC to just 3-of-14 on third down conversions and forced two turnovers. The Trojans compiled 205 total yards while Utah’s offense put up 541 yards.

Utah’s defense is manhandling USC tonight. Just absolutely dominating them. The Utes might have the strongest defense in the Pac-12

The loss to the Utes has put the Trojans in a tough situation, they are 4-3 overall and 3-2 in the Conference. Utah holds the top spot in the South Division and would win the tiebreaker with USC if they ended the season with identical records because of the Utes winning the head-to-head match up.

.@uscfootball gained 200 yards on offense, and gave up 550 yards on defense #USCvsUtah

USC Players Do Not Credit Utah

Following the game, USC players were conducting interviews in the locker room. They didn’t give any credit to the Utes, neither did uscfootball.com. 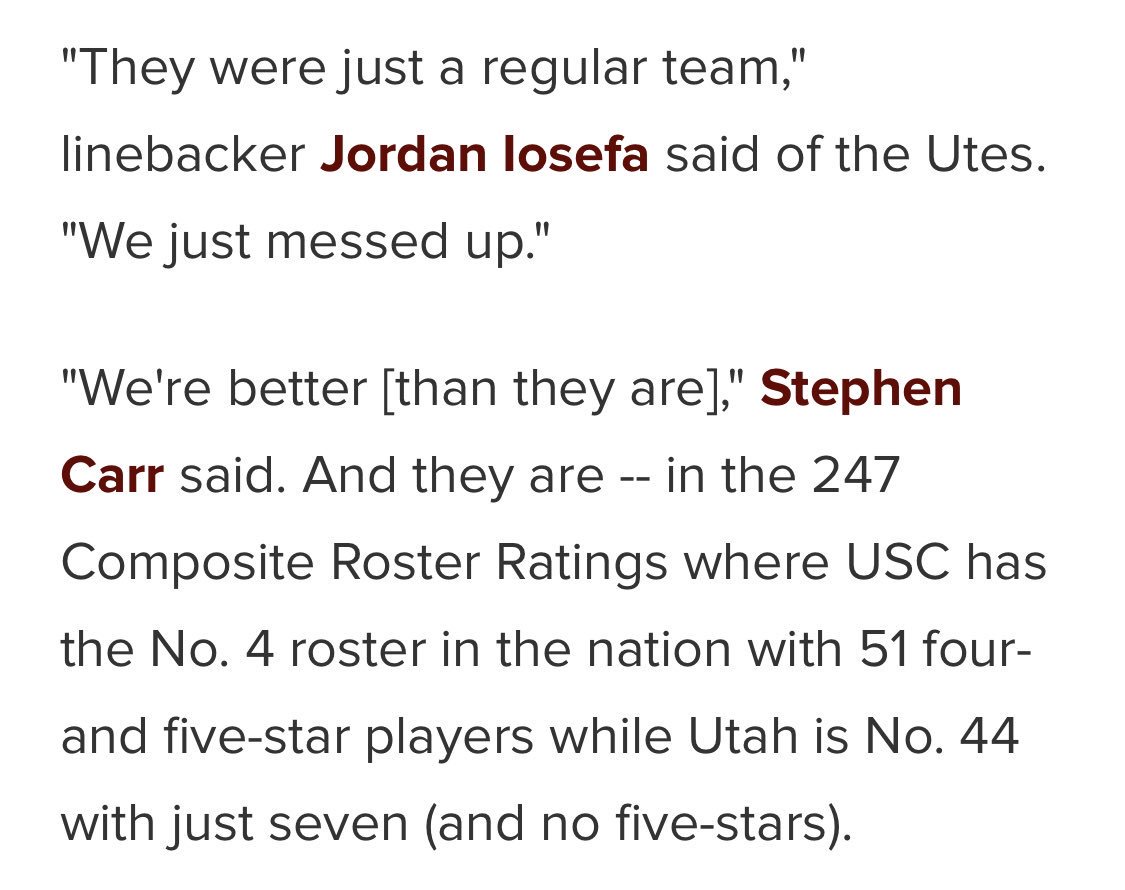 Utah’s football responded on Twitter by starting the hashtag #JustARegularTeam.

#JustARegularTeam will live on forever. I love you @Utah_Football and I’m sorry I ever doubted. https://t.co/kNTUc621gz

Iron Maiden returns to Utah in 2022 with The Legacy of the Beast tour.
Close
Utah Fans React To USC Postgame Comments